When moving house, in some cases they took their kitchen sink! – AnyVan 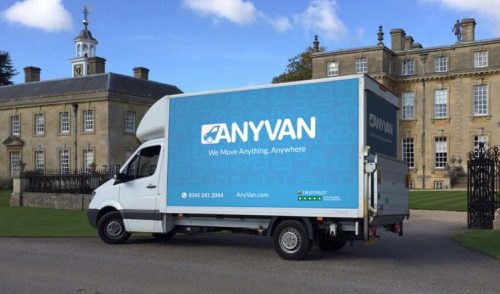 IN 2020, UK MOVERS TOOK EVERYTHING WITH THEM, INCLUDING THE SHED, THE LAWN MOWER AND EVEN THE KITCHEN SINK

Some UK home movers took everything including the kitchen sink during 2020, in addition to their beloved sheds and BBQs, according to data from AnyVan – the UK’s largest online delivery and removals company.

The insight, which comes from analysing more than 380,000 moves made during the last two years, found that 150 UK home movers took the kitchen sink with them when they moved home, alongside the usual furniture.

In addition to this, they took most of the garden with them by packing up almost 5,000 BBQs, 735 sheds and, surprisingly, 45 loads of compost around the country in 2020. However, these weren’t the most frequently transported item from the garden. Last year, the humble lawnmower was included in 20% of all house moves, amounting to 43,000 machines.

In total, AnyVan helped people transport 3.3 million cubic metres of possessions more than 11 million miles across the UK in 2020.

Angus Elphinstone, CEO, AnyVan, says: “The economy might have been at a standstill during the pandemic, but home movers certainly weren’t. The number of moves we booked in 2020 increased by a third on 2019 and we expect that with the extension of the stamp duty exemption, that will continue to increase.

“Our data shows that people are moving further, more frequently and with more stuff than previous years. So, it’s almost unsurprising that some people are even moving the kitchen sink with their house move. It is also telling that so many people are moving the contents of their gardens with them too as the pandemic has seen us all seek more outside space.

“While moving the lawn mower and the BBQ is relatively simple to do, making sure that the garden shed is taken apart properly and then fits into the van takes a lot of effort, but it is worth it if the new garden has a good shed straight away. During the pandemic the UK has certainly been moving, and we’ll keep helping people move across the UK every day in 2021.”

CKF Systems are delighted to have been awarded a licence to manufacture Intralox ARB technology in recognition of the in-house expertise and knowledge of the team in the state-of-the-art CKF facility... END_OF_DOCUMENT_TOKEN_TO_BE_REPLACED