The Ford Transit, consistently Ireland’s best selling van, turned 45 last month, August 2010. The first Transit went into production on August 9, 1965 and since then 6 million Transits have been sold across Europe.

Here in Ireland, almost 120,000 Transits have been sold. Down the years they have played a significant part in this country’s economic development … covering more than 5 BILLION kilometres in the process!

The coming of Transit coincided with T.K. Whittaker masterminding plans for Ireland’s economic expansion. Soon Transits were a familiar sight in building sites, town centres and burgeoning industrial estates. They were also an unwelcome sight for thousands of children, as countless school buses bore the Transit badge! 1,745 Transits were built in Cork at this time.

There have been five distinctive styles of Transits, the second of which came after 13 years. With it came more fuel-efficient OHC engines and a new automatic transmission. A new model in 1995 saw more developments, like new security features, three-point seatbelts with pre-tensioners and optional airbags.

The current Transit arrived in 2006, as the Celtic Tiger was in full roar, helping it to become one of the best-selling vehicles – car or van – on Irish roads. This latest model was voted International Van of the Year in 2006 by a panel of Europe’s most experienced commercial vehicle journalists. There are now over 140 configurations of the van available as standard.

The most recent version of this iconic vehicle is the new Transit ECOnetic, which is based on the front wheel drive Transit T280 Van with short wheelbase and 2.2-litre 115 PS Duratorq TDCi engine. As the ‘greenest’ van on the road, the new Transit ECOnetic has target fuel economy of just 7.2 l/100km (39.2 mpg), while average CO2 emissions are 189 g/km and are best in class. The Transit ECOnetic is the first Ford commercial vehicle to offer Stage V emission standards in its segment.

The Transit has also won accolades from Irish motoring journalists. It was twice the winner of the Semperit Irish Van of the Year crown. The Transit stable also spawned the Transit Connect, a sub1-tonne sibling that took the International Van of the Year award by a record margin in 2003. The Transit family’s payload now stretched from 768 to 2,200kg (enough for two baby elephants!).

Almost every sizeable Irish company with a transport need must have used the Transit down the years. Eircom, An Post, Iarnroid Eireann, the Irish Army, the Health Boards and the Garda Siochana are just some of the household names which adorn the side panels of Transit vans.

And then there’s the countless one-man operators which are the mainstay of the Transit custom. The term ‘white van man’ is often used negatively, but it does have some justification: over 90% of Transits are delivered in white, although other colours are gaining in popularity.

“Ford has delivered a number of motoring icons, but I don’t think any can compare with the Transit,” comments Eddie Murphy, Chairman and Managing Director, Ford Ireland. “The Transit name is by far the most enduring on our books, and it’s a perennial best-seller in this country. Of course it’s not sentiment that keeps it at the top: it’s functionality, reliability and low running costs.” 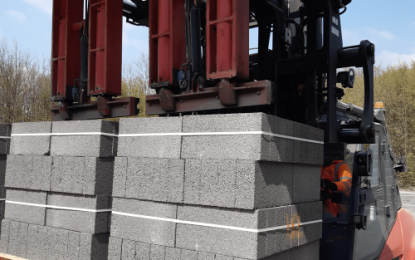 Aggregate Industries manufactures and supplies a range of heavy building materials, primarily aggregates such as stone, asphalt and concrete, to the construction industry and other business... END_OF_DOCUMENT_TOKEN_TO_BE_REPLACED 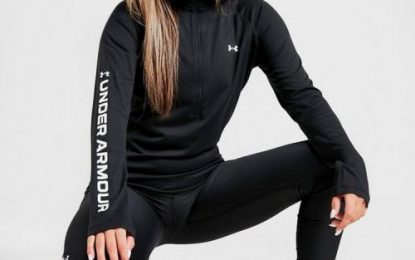