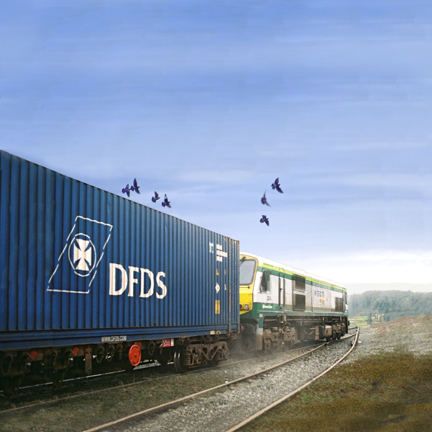 FORMER minister Michael Ring has called on Minister for Transport Eamonn Ryan to reopen the Western Rail Corridor from Athenry to Claremorris.

Deputy Ring, who was Minister for Rural and Community Development in the last government, says the reopening of the line would be a vital piece of infrastructure for the west of Ireland and also rep- resents an environmentally friendly transport option.

“Now is the time and I put the challenge to Eamon Ryan,” Deputy Ring told The Mayo News. “Now is the time for him to deliver. He doesn’t want cars, he doesn’t want airplanes. He is looking for carbon neutral modes of transport. Here’s an opportunity now to take freight off the road, to take lorries off the road and put in a rail freight service here along with passenger services and it would make sense from a connectivity point of view to open up the west, to go into the south and make political sense and it is not costing a fortune – the line and the route is there.

“Let him make a political decision to go with it. It will start paying its way over time, no doubt. There’s an obligation on the state to provide services and there is an obligation on the state here. Not everything has to be profitable. Everything in Dublin isn’t profitable but you don’t hear about that. Every time then they look for a cut-back it is into rural Ireland they come,” he said.

Deputy Ring was speaking in the wake of the publication of the Bradley report on the Western Rail Corridor in recent weeks. Leading economist Dr John Bradley was commissioned by advocacy group West on Track to prepare a report on the viability of the WRC and comes against the backdrop of a government commissioned report by consultants EY and Mott McDonald commissioned by the Department of Transport and Iarnród Éireann.

The Bradley report has extensive differences from the EY report and is highly critical of the EY report. It has a positive cost-benefit ratio whereas the EY report’s ratio was negative, with substantial differences in capital costs and journey times.

“I’ve always said my number one priority was to get the N5 (Westport to Turlough) done because of the needs of Mayo industry to get their goods to the market. That was an ongoing issue for 30 years. “Only for I was lucky enough to be at the Cabinet table, the N5 (Westport to Turlough) wouldn’t be done now, and particularly now since the Green Party came in, you could have forgotten about it now, it wouldn’t have happened.

“I will tell you and I will be truthful. I have a good book in me if I want to write it. The Department (of Transport) did everything in their power to not provide the funding for that. Not politicians, to be fair, but the department.

“It is the one criticism I have, who runs the country? Is it the civil servants or the ministers? When I was there I was minister and I was the minister, I wasn’t afraid to take the decisions and I did.

He has also called for a cross-party effort to progress the project.

“I’ve been talking in the past two weeks to Éamon Ó Cuiv (Fianna Fáil) and we’re going to sit down after the summer and see what we can do to try to get that infrastructure in place. In relation to funding, it is only small fry in relation to the kind of development that is going to go into Dublin.

“I think it is time we sat down as a group and put our case to Eamon Ryan, to Leo (Varadkar) and Micheál Martin, they all have a part to play in this. Really we want to come together once and for all in the west.”

John Dye, President of the Timber Packaging & Pallet Association (TIMCON) has commended the increasing trend for wood-based organisations representing different parts of the industry to work closer together, with the shared goals of tackling challenges and improving the position of the sector... END_OF_DOCUMENT_TOKEN_TO_BE_REPLACED