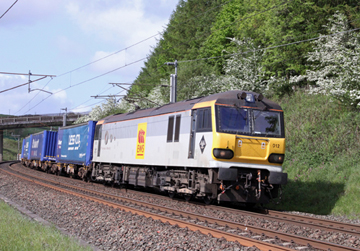 It is to be welcomed that Minister for Transport, Tourism and Sport Shane Ross has recently announced that he is set to carry out a fresh financial and economic appraisal of the merits of the Western Rail Corridor.

Campaigners have long called the idle Athenry to Claremorris railway line the ‘missing link’ in Ireland’s rail infrastructure and it is long past time that the Government see the benefits for this infrastructure, bite the bullet and proceed.

An expert working group lobbying for the provision of the railway estimate it will cost €100 million, possibly less, to have it operational again. On one level it is a significant amount of money. But it is a critical piece of infrastructure which has been held up on blocks for far too long.
Look to the east and the planned Dublin Metrolink project if you want to see a contrast.
The Metrolink is a huge undertaking and while there is no doubt a pressing current need for something to alleviate the traffic and transport chaos in the capital, there can be little doubt that the Government find themselves where they are now due to repeated failures of previous regimes to see what was coming down the tracks.

Allowing Dublin’s growth to spiral out of control and making only token gestures at balanced regional development have left the capital absolutely bursting at the seams.
And, still, there is no questioning of much of the decision making and spending in the capital.
In a recent column in The Sunday Business Post former Taniaste Michael McDowell highlighted this very point.

Writing in the paper on Sunday, July 22, McDowell said the Dublin Metrolink project is ‘rapidly emerging as a scandalous example of everything that is worst about policy-making and governance in Ireland’.

“Some €170 million of taxpayers’ money has already been spent on the project. That is a vast sum. There was never any debate or parliamentary approval for that expenditure,” he wrote.
He argues so much has been spent that it is almost too late to shout stop. By its end it will, he says, cost €3.5 or €4 billion.

And down here we await for an age approval for a fraction of that and have to fight far harder and justify it far more than the €170 million that has been thrown at the Metrolink with so little scrutiny.

One problem which the Metrolink is running into which won’t be a problem with the Western Rail Corridor is the acquisition of land. The reason is simple – the train lines remain in place since services ceased on the old corridor in 1976 and the State owns all of the property that goes with it which is a huge factor in favour of the Western Rail Corridor.
With rail considered the best route around carbon emissions problems – recall Ireland is way behind hitting their 2020 targets – it seems bizarre that plans to connect Galway and Mayo by rail are only receiving lukewarm support.

Opponents will ask for numbers to prove a critical mass. Well, firstly, if services in the west of Ireland were based only on critical mass, we would have no rail service to Ballina or few bus services at all. But if Government wants to achieve balanced regional development, they need to put their money where their mouth is to facilitate it happening. And infrastructure should come before, not after, development of the regions.

But we will make the case for the Corridor nonetheless. There are, according to the 2016 Census figures, 1,326 people who commute from Mayo to work in Galway city or its suburbs. That’s before you consider commuters from Tuam who drive to Galway city every day. All told that’s a sizeable number of people who have to get into their car and travel to Galway every single day of the week.

It goes without saying that not all of them would go by rail if that option existed. Depending on where they were in the county of Mayo, rail might not be a quicker option even if the Western Rail Corridor reopened. They might need their car for work anyway.
But for those for whom rail would be a viable way of commuting, imagine how much easier their trip to work could be? Sitting down on a train, you could work on your laptop, read a paper or just relax.

Consider how much more financially viable third level college could be for students who could commute via rail from Mayo to NUI Galway or GMIT rather than pay high rent prices and living expenses in Galway city. Add in people, especially elderly, who need to go to UHG for vital health services centralised there from Mayo University Hospital.

Many more people travel to Galway occasionally for business, to shop or to socialise. The train would be a great option for them and would take more vehicular traffic off the road, which is something we ought to be trying to achieve at every turn.

We could go on and on and we have not even explored two huge issues – the benefits to rail freight and the potential for tourism growth by reopening the Athenry to Claremorris line.
The current Government have talked a lot about the need for balanced regional development and there has been some delivery on that, most recently the Turlough to Westport road.

One wonders how much delivery there would be were it not for the input of Westport-based Minister for Rural and Community Development Michael Ring, who has always sought the best for his county. Minister Ring, like the majority of west of Ireland TDs, are broadly favourable of the Western Rail Corridor. The facility has broad, cross-party support.
But the Government needs to seize this issue firmly, with or without European funding support. The case for the extension of the Western Rail Corridor is a strong one. Let’s see if the Government are truly serious about the west of Ireland or if the review announced is just another way of kicking this can down the road.

Rushlift GSE, the specialist airport ground support equipment subsidiary of Doosan Industrial Vehicles UK, has won a £3.4 million contract to supply and maintain a fleet of 225 vehicles for ASC... END_OF_DOCUMENT_TOKEN_TO_BE_REPLACED