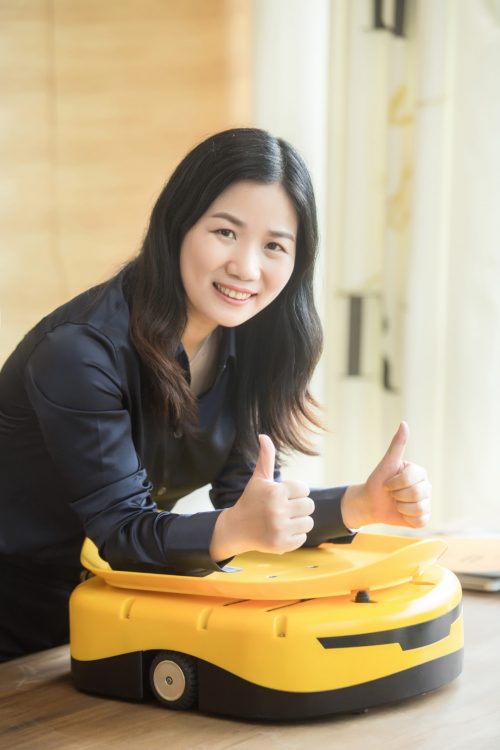 RaaS allows companies to lease – rather than purchase – robotic automation to support key operational tasks. In many ways it is a similar concept to the established Software as a Service (SaaS) model that has proved so popular with companies operating in the logistics and supply chain space as a way of rolling out such essential IT tools as transport and warehouse management systems.

The RaaS approach is proving so attractive that, according to New York-based technology analysts, ABI Research, there will be 1.3 million RaaS installations across all industry sectors worldwide by 2026. Even markets that have been slow to embrace robotics are now accessing the benefits of the technology thanks to RaaS.

Because with RaaS schemes users lease their robotic devices, the implementation of robotics becomes an operational expense rather than a capital investment: upfront costs are minimised and maintenance charges can be incorporated in to the agreed fee  – so users do not get a ‘nasty surprise’ in the from of an unexpected invoice if, for example, a service engineer has to be called out.

With LiBiao’s ‘Robots As A Service’ finance scheme, our clients’ monthly payment charges are calculated based on the number of parcels processed by our autonomous mobile robot (AMR) sortation systems.

And, because LiBiao’s RaaS costs are related to levels of usage, users have the flexibility to scale up or down according to the demands of the economic climate. For example, during a downturn a parcel handling company may initially only require 100 LiBiao autonomous mobile sortation robots but faced with a spike in throughput, they may need an extra 50 units. RaaS allows the additional AMRs to be brought in as required with the minimum fuss at a pre-agreed rate.

This approach has allowed some of the biggest retailers and postal companies in the world – including Walmart in the USA and China Post in China – to realise almost instant payback when installing LiBiao technology.

The combination of reduced capital investment and greater agility makes RaaS the ideal way for third party logistics companies who, as we all know, compete in a sector where contracts are won, lost, extended or reduced on a regular basis, to access the most advanced technology and enjoy the benefits robotics with flexibility and minimal CapEx exposure.

More than 10,000 LiBiao autonomous mobile robots are in operation worldwide and it is estimated that some two billion parcels a year are processed using LiBiao AMRs and LiBiao Robot technology is now available in Europe.

Due to the high demand, the German robotics company Magazino extends its Europe-wide road tour into the first half of 2021. The tour provides interested companies in Belgium, Netherlands, Germany,... END_OF_DOCUMENT_TOKEN_TO_BE_REPLACED

Due to the high demand, the German robotics company Magazino extends its Europe-wide road tour into the first half of 2021. The tour provides interested companies in Belgium, Netherlands, Germany, Poland and the UK a product demonstration in their warehouse with the mobile picking robot TORU. New... END_OF_DOCUMENT_TOKEN_TO_BE_REPLACED