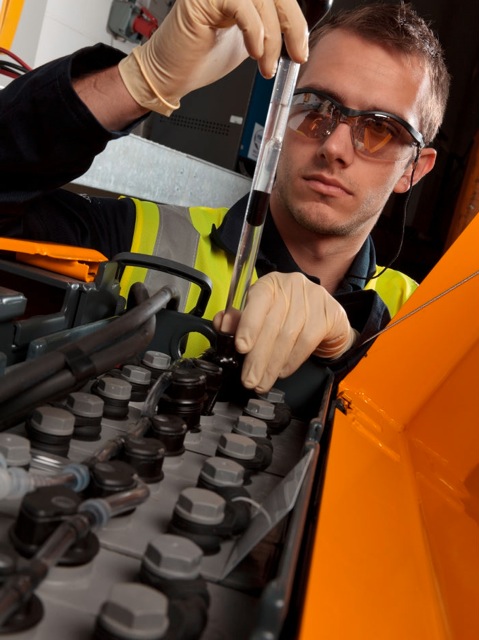 Next time you’re in the market for a new LPG or diesel forklift, it’s unlikely that you’ll choose one that’s 25% less efficient than its competitors. However, many people are making just that mistake every year by settling for out-dated, inefficient chargers.

A conventional 50Hz forklift battery charger – still commonly used in sites across the UK – delivers an overall efficiency of roughly 56%. By comparison, Manbat’s new, top-end, intelligent chargers deliver up to 84% efficiency. Whether you have just one forklift or a whole fleet, over a truck’s lifetime, that improved efficiency will significantly lower operating costs and improve your bottom-line.

Operations Director of Manbat’s Industrial Division, Derek Anderson, says: “Everyone wants to save money so it’s understandable that a business might accept a specification that includes the cheapest possible battery and charger to obtain the lowest purchase price. However, this is false economy; such batteries fail quicker and deliver shorter and shorter shifts. Alongside that, inefficient chargers not only use more energy, but also serve to hasten the battery’s decline, leading to greater whole-life costs.

“However, charging technology has advanced significantly in recent years and Manbat can help customers companies gain significantly on all fronts.

“Our new range of intelligent charging devices is truly game-changing. Rather than outputting a defined level of current to achieve the desired voltage, they specify the correct capacity to be returned. By making the current a function of the battery’s internal resistance – which varies according to the age, state of charge, and temperature of the battery – each individual charging cycle is unique, maximising energy efficiency and extending battery life.

“Additionally, with more depots and service engineers than any other provider in the UK, we are able to deliver greater coverage and better customer support than anyone else.”

As part of the product launch process and to get customer feedback, the new Terberg fully electric Body Carrier was operated by Nap Transport at the DPD parcels site in Veenendaal in the Netherlands... END_OF_DOCUMENT_TOKEN_TO_BE_REPLACED

One of the most popular new items in BITO’s recently launched online BITO Direct catalogue is the company’s Galvanised Boltless Shelving, which can hold a combination of BITO’s XL and RK containers for bulk and small parts to suit the different purposes a company may have. The shelves can be... END_OF_DOCUMENT_TOKEN_TO_BE_REPLACED