Report highlights Acceleration of Automation due to Impact of Covid-19 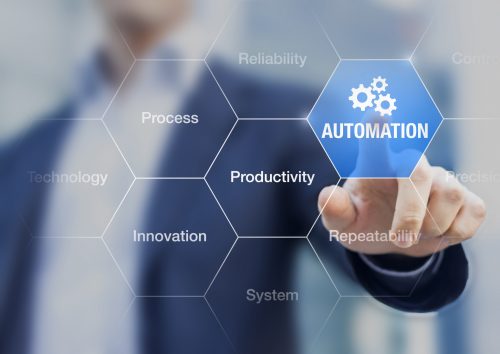 Undertaken by SAPIO Research during April 2021, the research explores the importance of intralogistics automation including the role of Autonomous Mobile Robots (AMRs) within companies that have a warehouse, fulfilment, production or distribution, and were in operation during the pandemic.

The research gauged awareness and confidence in this type of technology, the business requirement for automation, plans for adoption and the impact it has on employees across the UK. The results show that Covid-19 has had a tremendous effect on businesses over the past 18 months, forcing them to re-evaluate how they operate in uncharted territory. While there has been some hesitancy toward automation, companies are now recognising the need to insulate their business from future disruption whether through choice or necessity with 68% stating they plan to invest in automation within the next year.

Summary of key findings include:

While confidence in the value of automation is high, the research also reveals a number of misconceptions that could undermine adoption including the contentious issue of replacing ‘human functions’ with automation resulting in employee job losses and a common belief that it’s a cost-cutting exercise. In fact, the survey results show that just over half (54%) of businesses expect automation to have a positive impact on warehouse or manufacturing plant employees. These include less repetitive and strenuous manual work (49%), providing workers with an opportunity to upskill (39%) and by reducing the reliance on physical picking activity, flexibility within the business is increased providing relief for overworked staff (40%). Another benefit is more options for job sharing and part time working, attracting a more diverse resource pool, which could help to address the recruitment shortfall.

Dr Paul Rivers, CEO of Guidance Automation commented: “One third of companies have seen an increase in customer demand during the pandemic but actually identify the operational challenges they are facing as the driving force towards automation. These challenges include significant staff shortages, remote working and social distancing requirements that make manual process flows unworkable.

“It’s clear that now is the time that businesses really need to think about future-proofing their operations and by automating elements of their processes, companies will see reduced operational costs, increased productivity, more accurate order fulfilment and less returns handling.”

John Dye, President of the Timber Packaging & Pallet Association (TIMCON) has commended the increasing trend for wood-based organisations representing different parts of the industry to work closer together, with the shared goals of tackling challenges and improving the position of the sector... END_OF_DOCUMENT_TOKEN_TO_BE_REPLACED