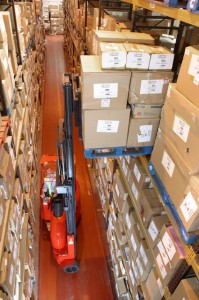 In line with the company’s plan for future growth, Niftylift recently invested in developing its manufacturing plant and 50,000 sq.ft. warehouse facility. With over 6,000 line items held at the facility, Niftylift’s challenge was to create more storage space within the existing storage cube.

Prior to the revamp – and the acquisition of Flexi VNA articulated forklifts – Niftylift’s warehouse had been served by reach forklifts, stacking euro pallets 1.2 metres deep in 2.8 metre wide aisles. Since replacing the reach trucks with the new Flexi VNA trucks however these aisles have been reduced to 1.8 metres. This has created enough space within the store to permit extra runs of 6m high racking to be installed, which provides enough extra pallet spaces to meet Niftylift’s current needs comfortably. In a 1600mm wide aisle, for example, the Flexi VNA needs only one articulation to put-away a standard ISO (or Chep-style) pallet.

The Flexi VNA is the most recent addition to the Flexi Narrow Aisle range of articulated forklift trucks. It is a true four-wheel articulated truck, designed to require minimal manoeuvring in the aisleways without investment in high-cost guided truck systems. The truck’s excellent manoeuvrability allows faster pallet put-away and picking.

John Maguire, sales and marketing director of Flexi Narrow Aisle, commented: “In any application involving articulated trucks the amount of time spent in the aisleway picking and putting away pallets has to be minimised if optimum operational efficiencies are to be achieved. The Flexi VNA requires just one turn to enter or de-stack a pallet. This is hugely significant and results in very important time savings.”

Niftylift’s truck drivers all received a short on-site conversion training to ensure that they were familiar and comfortable with the articulated truck’s unique operating technique. As Steve Beckwith, the company’s production manager explained, all the drivers “get on fine” with the new Flexi and are already able to move more pallets per hour than with the old reach trucks.

“The Flexi VNA has allowed us to reduce aisle widths to maximise storage capacity while maintaining a safe and productive operation that allows fast and efficient pallet put away and retrieval cycles,” adds Steve. 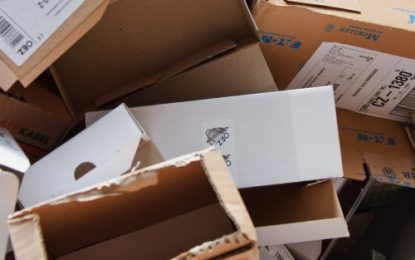