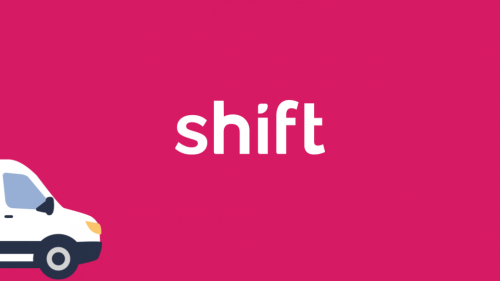 A delivery, removals and transport marketplace dubbed the ‘Uber for moving’ has launched a new courier service where users can cut delivery costs by sharing trips with other users. The service aims to increase efficiency through syncing up users’ deliveries and improving the logistic industry’s carbon footprint, by reducing the number of vans on the road.

An online delivery and removals platform has launched a new service for couriering items around the UK with convenience, to support single item moves and second-hand marketplace users.

The platform, SHIFT, decided to launch the service Shiftshare after receiving an increasing number of requests throughout 2020, particularly during periods of national lockdown, for couriering large items bought and sold on second hand marketplaces such as Ebay, Shpock and Facebook Marketplace.

Instead of moving one item at a time, Shift’s delivery drivers will continue to load items from the same area before dropping them off at Shift’s nearest central hub. The item will be stored at the hub until another driver travels towards the drop off destination with other items. This approach to shared van space will result in shared delivery costs for the customer.

Shift already offers a same-day delivery service, but with Shiftshare it offers a cost-saving and environmentally friendly alternative. The estimated delivery time for Shiftshare is around four to ten days, but this will be sooner if enough items are heading in the same direction.

The service aims to reduce the environmental impact of courier services by reducing the amount of vans on the road, along with synced up deliveries that will reduce unnecessary single stop journeys.

Shift is a convenient delivery, removals and transport marketplace that allows consumers and businesses to move items using its growing UK-wide network of drivers (‘Shifters’). The company helps people move anything, anytime and anywhere around the UK – all at the touch of a button. Using its unique technology systems, the flexible platform works for anyone’s schedule, as there are thousands of Shifters available, ensuring the platform is convenient and cost-effective for customers.

Tim Sheppard, Business and Operations Lead at Shift, said: “At a time when people may be feeling more distant than ever, we wanted to bring Britain closer together with Shiftshare and make it as cost-effective and convenient as possible to buy and sell from second-hand markets across the UK and move home.

“Whereas many people may limit their buying and selling on online marketplaces to their surrounding area particularly with larger items, Shiftshare now offers them the opportunity to operate throughout the UK, without having to spend a day travelling or forking out for an exclusive courier service.”

Due to the high demand, the German robotics company Magazino extends its Europe-wide road tour into the first half of 2021. The tour provides interested companies in Belgium, Netherlands, Germany,... END_OF_DOCUMENT_TOKEN_TO_BE_REPLACED

Due to the high demand, the German robotics company Magazino extends its Europe-wide road tour into the first half of 2021. The tour provides interested companies in Belgium, Netherlands, Germany, Poland and the UK a product demonstration in their warehouse with the mobile picking robot TORU. New... END_OF_DOCUMENT_TOKEN_TO_BE_REPLACED