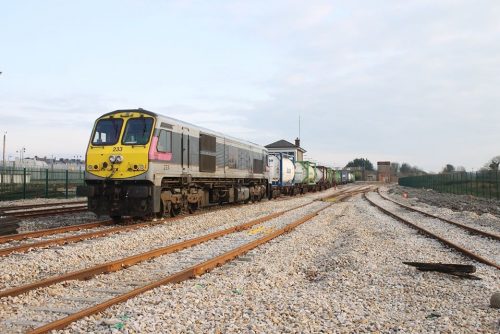 The National Bus & Rail Union (NBRU) has called for a rail link to Navan, the completion of the Western Rail Corridor, a DART spur to Dublin Airport and the start of a Liffey tunnel linking Heuston and Connolly stations to be prioritized for completion in the lifetime of the next Government.
The Union has written to An Taoiseach Leo Varadkar and other party leaders calling for radical changes to Ireland’s transport system and saying that public transport cannot work with social distancing if it goes back to pre-COVID-19 norms.

The General Secretary of the NBRU, Dermot O’Leary, said the COVID-19 crisis has presented the opportunity to see how cities might operate with fewer cars in the future, if there was proper planning and consultation.

Speaking on RTÉ’s Today with Sarah McInerney, Mr. O’Leary called for the Metro and BusConnects projects to be abandoned saying there would be “better bang for your buck” if the Metro money was used for a variety of capital projects across the country, rather than a Dublin-centric project.

These projects would include a rail line to Navan, the completion of the Western Rail Corridor, a DART spur to Dublin Airport and the start of a Liffey tunnel linking Heuston and Connolly stations.

The NBRU says all of these projects could be completed within the lifetime of one Government.

It is also calling for more space for walking and cycling and for accelerated trials of hydrogen and electric buses and trains.

The NBRU says there will need to be significant changes to public transport systems to accommodate even reduced levels of morning and evening commuters. It proposes park and ride facilities around urban centres to reduce congestion and to facilitate more frequent bus services.

It argues that planning for future transport “should be based on what is achievable, not on what is desired”.

To this end, it says both BusConnects and the Metro in Dublin should be dropped and that Bus Rapid Transit systems could solve congestion in Dublin, Cork, Limerick and Galway at a fraction of the cost.

Yale solutions for pulp and recycling Excerpts from Statement by Shane Ross, Minister for Transport, Tourism & Sport on Transport issues

The Mercedes-Benz Global Logistics Center Germersheim is celebrating its 30th  anniversary this year and the inauguration of a new, state-of the-art warehouse complex. The After-Sales location began... END_OF_DOCUMENT_TOKEN_TO_BE_REPLACED