Mr Tayto gets a paint job 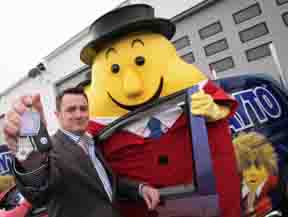 Photo: Simon Murray of Universal Graphics gets up close and personal with Mr Tayto

Monaghan-based company Universal Graphics, specialists in the provision of commercial vehicle fleet branding, has demonstrated its flair for innovation with the introduction of ‘Spudster’, a pimped-up ride for Mr Tayto.

In collusion with Largo Foods and Amp Visual, Simon Murray, MD of Universal Graphics, personally oversaw the project. “It’s not often one gets to ‘pimp’ Mr Tayto’s ride,” said Simon. “The first thing we had to do was get the right team together for the job. In order to make the concept a reality a constant review process was required – in between all the spraying, lacquering and polishing. So what started out as a plain white van turned into a traffic-stopping Tayto ride.”

The concept came from Amp Visual with Universal Graphics responsible for the printing and creation of the special effects – including moulding and sculpting Mr Tayto, plus logos and special flame effects. 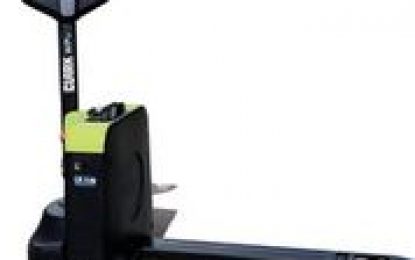