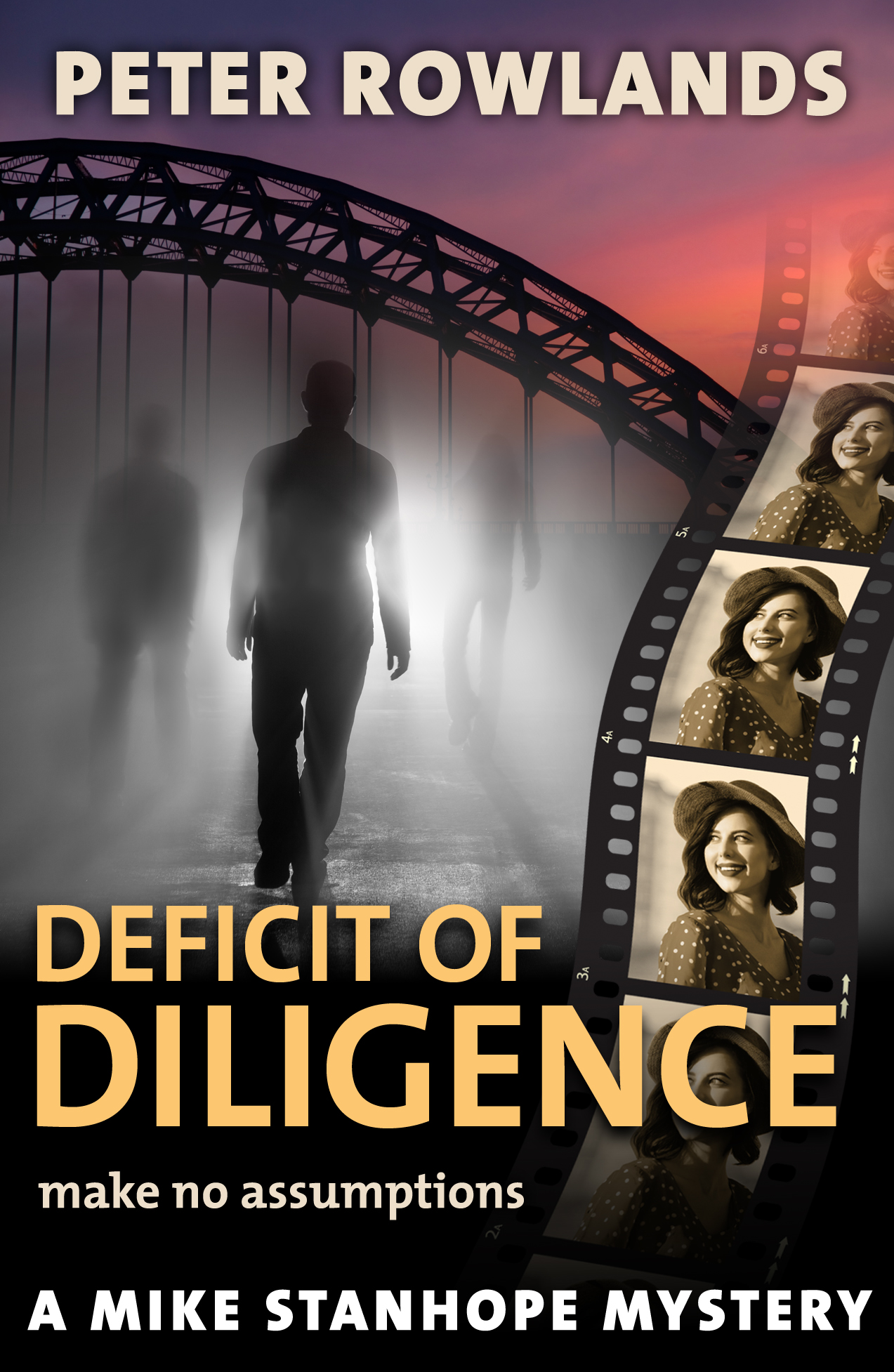 LOGISTICS TO THE FORE IN FOLLOW-UP MYSTERY NOVEL
Having published his debut Kindle mystery novel in early 2016, Peter has followed up with a sequel, Deficit of Diligence, in which the logistics world plays an even bigger role. It is now available on Amazon Kindle on http://www.amazon.co.uk/dp/B01N0PRFV0/.

“But I’m hardly expecting readers to flock to the new book because of the logistics element,” Peter emphasises.

He says the broad appeal of the book hangs on much more traditional ingredients – a complex mystery, a pursuit, and a range of vivid characters. “I would describe Deficit of Diligence as a fast-moving, intelligent drama,” he says. “It has the same sort of features that seemed to appeal to readers of my first book, Alternative Outcome: in this case a series of puzzles, a kidnapping, a stakeout and some breathless action sequences, along with a romantic back story and some surprising plot twists.”

He adds: “That said, the logistics world provides a compelling backdrop. If your craving is for high-bay warehouses, marketing, fulfilment, corporate acquisitions and commercial chicanery, you’ll certainly be in your element; but I’m confident that people with no knowledge of these things will be equally absorbed.”

The new story starts where the last one left off. Mike, a downbeat logistics journalist, has created a new life for himself in Cornwall, with plenty of work and a compelling new relationship, and he quickly learns that he may be in line for a valuable legacy. Life is looking good.

Yet before he knows it everything is falling apart. His legacy is challenged, his good name is under threat, his work is compromised and his relationship is crumbling. It takes him every ounce of his resource to fight his way back.

Newcastle upon Tyne is one of the stars of Deficit of Diligence. Many of the scenes take place there, and the action ranges around some of the most striking locations in the area. “It’s where I grew up,” Peter says, “so it was a delight to revisit the city and celebrate it in fiction.”

Once again, Peter’s accessible, transparent prose style is very much in evidence. He makes extensive use of bright, naturalistic dialogue, and the story is populated by vivid and believable characters. Reviews of Alternative Outcome include:

Peter Rowlands worked as a freelance journalist and editor in the transport and logistics press for many years, contributing numerous feature articles to publications such as Commercial Motor and Motor Transport, as well as writing many press releases on behalf of suppliers. In the 1990s he edited Distribution Business magazine, then in recent years he edited and co-owned Fulfilment & e.logistics, which merged with eDelivery in 2015.

Peter’s first published novel, Alternative Outcome, was released as an e-book on Amazon Kindle in March 2016. Sample chapters of that book and the follow-up, Deficit of Diligence, can be found on his web site, www.peterrowlands.com, along with further information and a link to Peter’s Amazon Kindle pages.

As part of the product launch process and to get customer feedback, the new Terberg fully electric Body Carrier was operated by Nap Transport at the DPD parcels site in Veenendaal in the Netherlands... END_OF_DOCUMENT_TOKEN_TO_BE_REPLACED

As part of the product launch process and to get customer feedback, the new Terberg fully electric Body Carrier was operated by Nap Transport at the DPD parcels site in Veenendaal in the Netherlands for several months early in 2020. Director Arjan Nap: “We were very pleased with the electric... END_OF_DOCUMENT_TOKEN_TO_BE_REPLACED