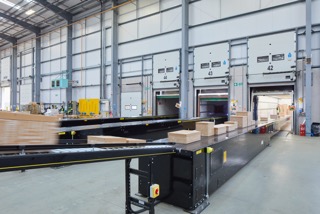 The latest Office for National Statistics (ONS) economy figures show businesses are reporting spiralling Brexit challenges. Doubt has also been cast on the viability of the Northern Ireland protocol. Transport costs, border disruption and customs duties problems soared in the two-week period between 24 January and 7 February.

Says David: ‘The ONS report, UK exporters and importers increasingly likely to face challenges, shows a sharp escalation in Brexit problems. They increased markedly in the two weeks from 25 January to 7 February compared to the preceding fortnight, 11-24 January:

‘Perhaps even more concerning, in terms of both trade and politics, are the escalating problems experienced by those shipping goods to Northern Ireland. The Northern Ireland Protocol is in danger of unraveling entirely if these trends continue.

‘These problems will only escalate as a waiver on customs declarations on parcels sent from the rest of the United Kingdom to Northern Ireland runs out on 31 March, and certification requirements ramp-up on supermarket goods in April. The Government urgently needs to renegotiate these deadlines with the EU.

‘It’s not as if these issues were unpredictable. As long ago as 2016, our pre-referendum report, “Delivering Brexit: The true cost of leaving the EU”, predicted SMEs would face Brexit costs of around £163k in the first year and a typical rise of 30% on the price of items purchased in the EU that had components originating outside Europe.

CKF Systems are delighted to have been awarded a licence to manufacture Intralox ARB technology in recognition of the in-house expertise and knowledge of the team in the state-of-the-art CKF facility... END_OF_DOCUMENT_TOKEN_TO_BE_REPLACED