May 13th next will be a day of celebration for Komatsu and its worldwide family of owners, distributors and corporate partners as the acclaimed Japanese construction equipment manufacturer marks its 100th anniversary.
Joining in the chorus of congratulations expected to ring out across the globe on that day will be Birdhill and Rathcoole-based McHale Plant Sales who, for close on 30 years, has been distributor in Ireland for Komatsu equipment – a role that was expanded some years ago with the addition of Komatsu Forest timber harvesting machinery to their portfolio of responsibilities.
Commenting, the company’s Executive Chairman, Michael McHale said: “Anyone who has ever viewed a major construction project anywhere in the world – or witnessed rescue efforts resulting from some major tragedy or natural disaster – will have seen Komatsu machinery to the fore such is its presence in international markets”.
“In Ireland, we are thankful and proud of the contribution Komatsu makes and of the work that Komatsu owners are doing in shaping Ireland’s future through construction, infrastructure, reclamation, restoration, agriculture and utilities projects,” he added.
To mark what Komatsu themselves call ‘a century of vision, drive and innovation’ – much of which will be broadcast through social media channels at #Komatsu100 – a unique 100th anniversary logo has been designed and will appear on Komatsu communications. 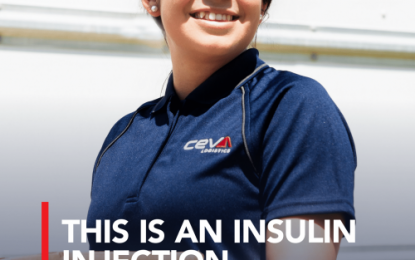 ‘Ever Given’ refloated but global... 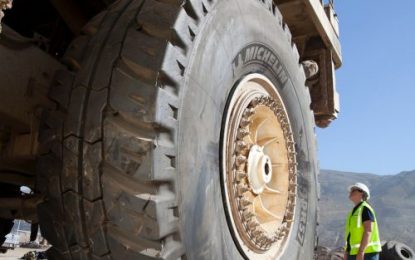 Tyre manufacturer Michelin has announced it is offering expert tyre fitting and maintenance training for operators of plant, construction, industrial and heavy-duty machinery via two new one-day courses, available to customers in Ireland and the UK. Delivered at the customer’s site by experts... END_OF_DOCUMENT_TOKEN_TO_BE_REPLACED