Keeping the show on the road… 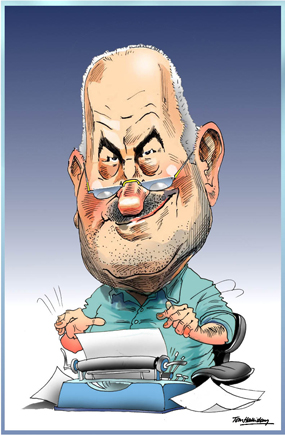 Why, in these uncertain times, can’t some suppliers see how critical it is to keep the business they have by delivering added value, asks Graham Archer – instead of trying to extract the last penny from each and every customer!

Given these difficult times, I am pleasantly surprised at how successful the materials handling industry has been in keeping its show on the road. In the art of survival, these companies have done comparatively well in the important matter of staying afloat – when many firms are pushed to the pin of their collar to raise the cash they need to pay the bills.

And yet, I never cease to be amazed at the risks some people take when it comes to doing business. If there is any lesson to be learned at the present time, it is this: Now is not the time to be lining your company’s pockets at your customers’ expense!

But however difficult the times, there are still those whose minds are fixed only on reaping maximum revenue from their clients – at a time when they would be much better advised to cut back on their ambitions and deliver greater value.

This became evident to me recently when I was shown a photographer’s invoice for a job the snapper had been engaged to cover.

It was issued by a photo agency – of the kind commissioned to cover product launches, receptions and other similar events, about which pictures are then issued to the media for publication.

The invoice covered the time the photographer spent doing the job and the charge made for a couple of prints ordered for presentation purposes. At this point, a reasonable person would have thought that the only remaining item was a sub total of the costs involved, the added VAT and the grand total that the customer would be asked to pay.

Not a bit of it. Things were only warming up. Two more substantial amounts were to follow. In the next column was the photographer’s charge for travel time – that’s the time he spent travelling from his studio to the assignment and back again. This was followed by a charge for mileage – not for travelling in a typical company car mind, but an infinitely more expensive charge – to cover transportation to/from the assignment in a swanky BMW coupé.

If it is not already evident, let me just say that this is not the time to take on fancy notions or to make overblown estimates of one’s importance. On the contrary: however invaluable you might think you are, it’s time for all of us to keep a very narrow focus. We must concentrate on the job in hand and make sure that we retain every single customer.

The biggest challenge facing business leaders, and the best course to follow, must be to steer a steady course – keep the show on the road and set your sights against big swings …up or down.

Once a cassette is plugged into a client’s brain, it becomes quite impossible to ever take it out again. An impression is created which can be difficult to change. The photographer I quoted is certainly in the latter category. Indeed, I would fear for the future of his business.

Looking ahead, our task must be to hold everything we have whilst letting our competitors hold everything that they have too. It profits none of us if we gain today and lose tomorrow, as customers move their business from one supplier to another.