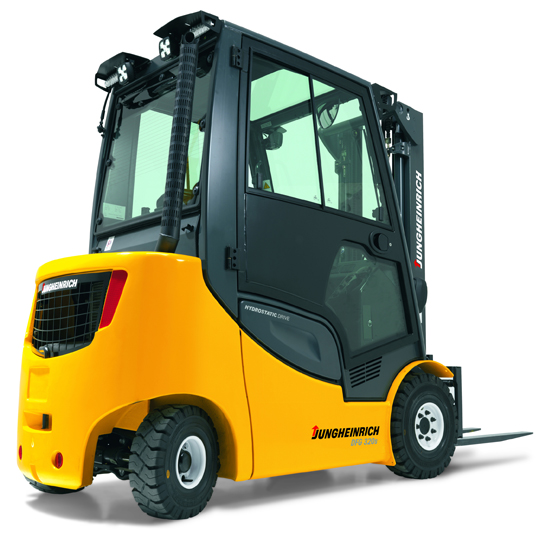 Figures published for the first nine months of 2020

Jungheinrich is getting through the coronavirus crisis better than initially expected. Group revenue was €2.72 billion (previous year €2.97 billion) after nine months of the year. The decline was therefore significantly less than was feared in the summer. Incoming orders amounted to €2.73 billion. As a result of measures taken early on to reduce costs and secure liquidity, the negative impact of the COVID-19 pandemic on Jungheinrich’s earnings could be kept to a minimum. Jungheinrich maintains a solid liquidity reserve and has reduced its net debt in recent months to such an extent that a net credit of €66 million was even achieved by the end of the third quarter. Jungheinrich after-sales services, with its high stable share of revenue compared with the previous year, made a particular contribution to the company’s ability to withstand the coronavirus crisis. The company has once again recorded growing customer demand for several weeks. Based on this, on 21 October Jungheinrich raised its forecast for 2020 as a whole.

Dr Volker Hues, Member of the Board of Management for Finance at Jungheinrich AG, explains: “Jungheinrich has done well in the first nine months of 2020 despite the difficult market environment resulting from the COVID-19 pandemic. We made ourselves weatherproof last year, which has paid off. The measures we took early on to improve efficiency and reduce costs, which we have implemented consistently, have had the desired effect; they have contributed to the stabilisation of our numbers at the height of the crisis. This now reflects positively on Jungheinrich’s earnings. Jungheinrich will emerge strengthened from the coronavirus crisis. Thanks to our determined debt reduction and the strengthening of liquidity reserves, we are also prepared for potential intensification of the COVID-19 pandemic over the winter. Our highest priorities in the upcoming weeks and months will continue to be the protection of our employees’ health and the safeguarding of our delivery capability. The Board of Management would like to thank the entire Jungheinrich workforce: They have demonstrated their team spirit during the crisis and performed outstanding work under difficult conditions. In recognition of the exceptional burden imposed by the pandemic, Jungheinrich will pay its employees a one-time coronavirus bonus this year.”

In the first nine months of the year, incoming orders in the new truck business based on units – incorporating new trucks and those for short-term rental – totalled 80.7 thousand units. This is 14 per cent less than in the same period last year (94.1 thousand units). By value, incoming orders for all business fields – new truck business, short-term rental and used equipment, and after-sales services – came to €2,732 million, which is 9 per cent below the previous year’s figure (€3,014 million). Orders on hand for new truck business were at €833 million as of 30 September 2020, which is €124 million or 13 per cent lower than the previous-year figure (€957 million). Despite the outbreak of the coronavirus pandemic, there was an increase in orders on hand of €46 million or 6 per cent compared with orders on hand at the end of 2019.

In light of better market and business development than was anticipated in summer, Jungheinrich raised the forecast for the 2020 financial year and published its changed forecast in an ad-hoc release on 21 October 2020. The Board of Management of Jungheinrich AG expects Group revenue to fall between €3.5 billion and €3.7 billion for 2020 as a whole. According to current estimates, EBIT should be between €180 million and €230 million in 2020. A range of 5.1 per cent to 6.2 per cent is expected for the EBIT return on sales. It is also expected that Jungheinrich will not report net debt at the end of the financial year, but will reach a net credit position of well over €50 million.

Due to the high demand, the German robotics company Magazino extends its Europe-wide road tour into the first half of 2021. The tour provides interested companies in Belgium, Netherlands, Germany,... END_OF_DOCUMENT_TOKEN_TO_BE_REPLACED

Due to the high demand, the German robotics company Magazino extends its Europe-wide road tour into the first half of 2021. The tour provides interested companies in Belgium, Netherlands, Germany, Poland and the UK a product demonstration in their warehouse with the mobile picking robot TORU. New... END_OF_DOCUMENT_TOKEN_TO_BE_REPLACED