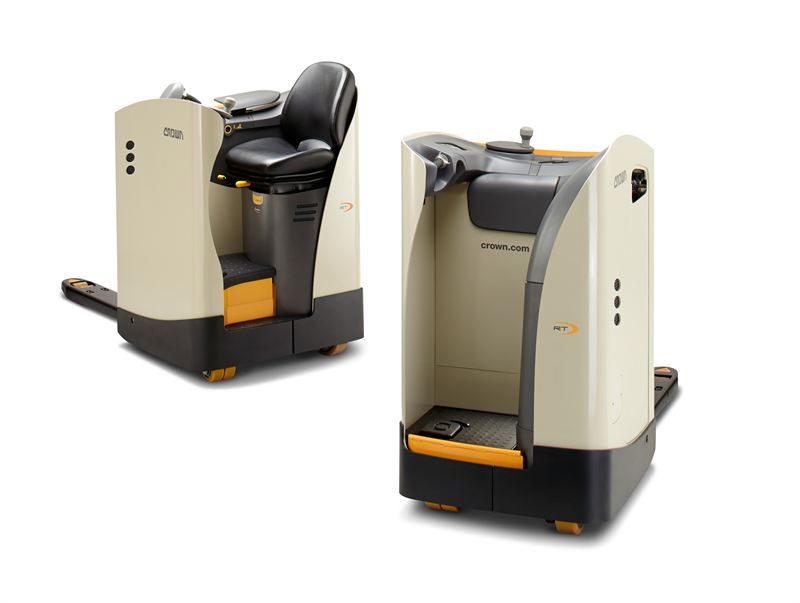 “Our primary goal is to develop high quality, safe, reliable products and solutions that deliver real-world benefits and added value for our customers,” explains Ken Dufford, Crown Vice President Europe. “The fact that we have once again been nominated for this international award – and in three categories – is a tangible example of our global commitment to improving customer efficiency, productivity and safety.”

Crown’s innovative C-5 gas-powered lift truck is equipped with a Crown-built industrial 2.4-litre engine, plus a high-performance powertrain with up to five years warranty and a precise, dual-radiator cooling system that separately cools engine and transmission. The C-5 can also be fitted with an optional hard cabin to provide operators with a more comfortable working environment with an all-round view. The new lift-truck series prioritises total reliability and productivity-boosting efficiency. The truck is designed as a solution to the most demanding and specialised tasks – indoors and out.

Crown’s RT 4020 stand-up rider pallet truck has a lift capacity of up to two tonnes and combines robust, high-performance lift-truck technology with innovative safety features. Characterised by exceptional responsiveness and reliability, the new model is ideal for fast-paced dock work. It also is highly manoeuvrable, even in very confined spaces. Crown’s AC motor is capable of powerful acceleration and travel speeds of up to 12.5 km/h. To protect operators and keep them comfortable and productive, the truck is equipped with a suspended floorboard and a wraparound, soft-foam lean pad. The truck can also be configured with right-hand or left-hand steering, depending on customer preferences.

Jumbo Supermarkten is the largest privately owned supermarket chain in the Netherlands, with more than 580 stores nationwide. Crown configured a QuickPick® Remote solution for the company that has streamlined order-picking operations, significantly enhancing Jumbo’s ability to make deliveries on time. Although Jumbo previously ran trials with AGVs, the company found they only produced marginal improvements in productivity, so the supermarket chain opted for Crown’s semi-automated solution instead. The QuickPick system, which can cost-effectively be integrated into existing working environments, combines GPC 3000 low-level order pickers with an intuitive remote control device.

The names of the winners of the IFOY Award 2016 competition will be revealed at the CeMAT opening gala in Hanover on May 31, 2016.

Peak-Ryzex – a provider of digital supply chain, mobile workforce and retail solutions – continues to support organisations operating in transport & logistics and the supply chain with a... END_OF_DOCUMENT_TOKEN_TO_BE_REPLACED

Peak-Ryzex – a provider of digital supply chain, mobile workforce and retail solutions – continues to support organisations operating in transport & logistics and the supply chain with a recent solution rolled out for two-man home delivery provider, Breezemount. With this new solution... END_OF_DOCUMENT_TOKEN_TO_BE_REPLACED