How will the Final Brexit Decision Affect the Supply Chain & Logistics Industry? 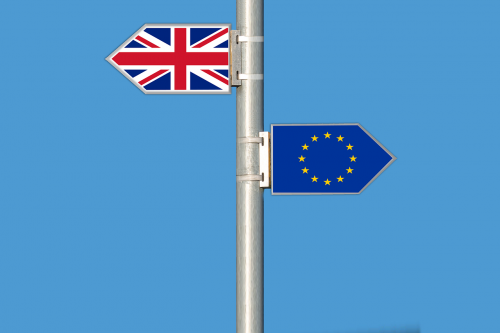 The UK Government invoked Article 50 of the Treaty on the European Union just over a year ago in March 2017. But the ways and extent this decision is bound to affect a wide array of sectors in the UK, Ireland, and the rest of the EU are yet to be fully illuminated. In Ireland specifically, economic and cultural ties with the UK have long been in place and cemented under EU legislation and the British-Irish Intergovernmental Conference. It is a massive understatement, then, to say that this landmark move by the UK will have significant changes in the UK-Ireland working relationship, a topic that was at http://www.warehousingireland.ie/brexit-impact-on-irelands-supply-chain-security-to-lead-agenda-at-the-national-manufacturing-and-supply-chain-conference/ the forefront of the recently held National Manufacturing and Supply Chain Conference.

But how exactly will this move affect the supply chain and logistics industries, on which Ireland’s export-driven economy depends? As the final Brexit decision looms ever closer, this article explores how the move will affect the different facets of our industry.

Even in the best case Brexit scenario, studies show that the Irish economy is expected to be a heavy casualty. http://www.thejournal.ie/brexit-scenario-3849849-Feb2018/

In the event that the UK remains within the European Economic Area</a> and duty-free trade between Ireland and the EU will continue, the Irish economy would still grow 2.8% less than it would without Brexit. Conversely, if the UK defaults to trade agreements under World Trade Organisation (WTO) rules, the Irish economy would be 7% worse off under customs costs, border inspections, and other Brexit-related trouble. The economic downturn, which translates to a whopping €18 billion, would be comparable to the economic crash of 2008 and would mean that Ireland will be hit even worse than the UK itself.

Meanwhile, strong performance of the UK Pound Sterling against the Euro has historically had a good effect on Irish exports, which stand to lose ground in the event of currency depreciation. https://www.fxcm.com/insights/how-does-the-brexit-transition-process-impact-the-gbp/

FXCM explains that Brexit has generally been detrimental to the value of the pound</a>, which dropped by 10% in the aftermath of the Brexit referendum. Although the currency has had some upward turns in the past two years, the Sterling is yet to recover, and will likely be unable to in the long run. This can prove to be detrimental to Irish exports, as they will be less appealing for UK customers should current trends continue.

A hard Brexit would mean fewer and more controlled crossing posts between the UK and Ireland, while customs infrastructure would likely make it more difficult to facilitate cross-border trade. As of this writing, however, there has been no clear solution to enforce an EU border. Most experts agree that the most likely outcome would be a separate free trade negotiation between Ireland and the UK, building upon the existing strong trading relationships between the two countries.

Similarly, the question of free movement of people and of labor has been thoroughly explored by the press but has not been decided upon officially. Within the supply chain and logistics sector, some 30,000 people cross the border everyday, many of whom are not UK citizens and will likely have to deal with immigration checks should free movement be impaired under the final Brexit decision.

In addition, https://www.irishexaminer.com/breakingnews/ireland/new-report-reveals-negative-impacts-of-brexit-on-irish-economy-in-all-scenarios-827891.html Brexit is expected to have a highly negative impact on Irish wages</a> across all skill groups. Under the worst-case WTO scenario, real wages will fall 8.7% below the 2030 predictions without Brexit, with highly skilled workers taking a 6.5% fall in earnings.

To soften the effect of Brexit on all Irish sectors, supply chain very much included, the Republic of Ireland is doubling diplomatic trade relations and setting up a €300m Brexit Loan Scheme, which rolled out late last month.

With large container ships unable to unload at Felixstowe, thousands of Christmas gifts are sailing into the sunset, warns ParcelHero. A Dunkirk-style flotilla of smaller ships from Europe might just... END_OF_DOCUMENT_TOKEN_TO_BE_REPLACED 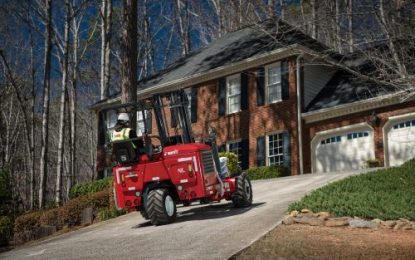 Hiab, part of Cargotec, has received three large orders for a combined value of €12.9 million for MOFFETT truck mounted forklifts and HIAB loader cranes in the US. The orders will be booked in Cargotec’s Q3 2021 order intake. Two nationwide builders’ supply companies placed two separate... END_OF_DOCUMENT_TOKEN_TO_BE_REPLACED