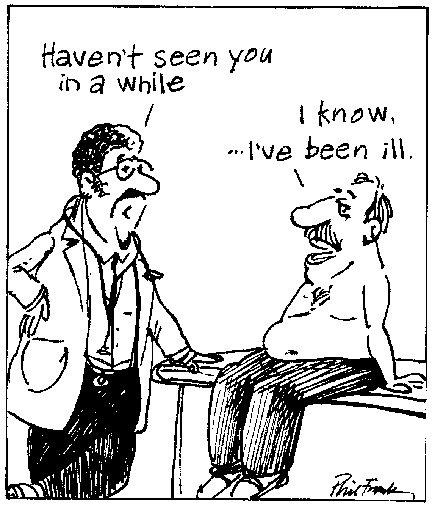 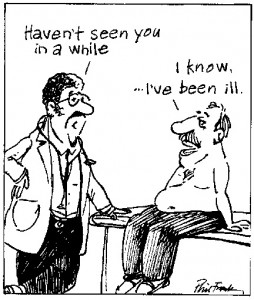 A Tommy Cooper special – just to remember the 30th anniversary of the great man’s demise.

And yes, we know, you’ve heard them all before…

__________
I was driving this morning when I saw an AA van parked up. The driver was sobbing uncontrollably at the wheel. I thought to myself, that guy’s heading for a breakdown.

A mate of mine is addicted to brake fluid. I said be careful. He said: “don’t worry, I can stop any time”.

Police arrested two kids yesterday, one was drinking battery acid, the other was eating fireworks. They charged one and let the other one off.

I was explaining to my wife last night that when you die you get reincarnated and you always come back as a different creature. She said she’d like to come back as a cow. I said: “you’re obviously not listening”.

D’you know, somebody actually complimented me on my driving today. They left a little note on the windscreen, it said “Parking Fine.” So that was nice.

I backed horse last week at ten to one.

It came in at quarter past four.

The police are hunting the ‘knitting-needle killer’. He’s stabbed six people in the village in the last 48 hours. They think he’s following a pattern.

Just got back from my mate’s funeral. He died after being hit on the head with a tennis ball. It was a lovely service.

Hermes UK, the leading consumer delivery company, has launched an innovative new service designed to further improve the ‘returns experience’ for its retail customers and their consumers. It... END_OF_DOCUMENT_TOKEN_TO_BE_REPLACED

Hermes UK, the leading consumer delivery company, has launched an innovative new service designed to further improve the ‘returns experience’ for its retail customers and their consumers. It follows a successful trial by fashion retailer, Joe Browns. The ‘What’s inside the box?” service... END_OF_DOCUMENT_TOKEN_TO_BE_REPLACED