Dictators are in the news. Again. We don’t want to get all serious, but perhaps it’s time to remind ourselves why we should always, but always, exercise our right to vote…

“By all means stay home if you want, but don’t bullshit yourself that you’re not voting. In reality, there is no such thing as not voting: you either vote by voting, or you vote by staying home and tacitly doubling the value of some Diehard’s vote.”

Shortly before his death the Spanish dictator Franco, rousing momentarily from his coma, asked: “What is that noise outside the palace?” An aide replied, tearfully: “It is the Spanish people, Gereralisimo. They have come to say goodbye.” “Ah,” nodded Franco. Then, after a pause, he added: “Where are they going?”

“I believe in a benevolent dictatorship. Provided I am the dictator.” 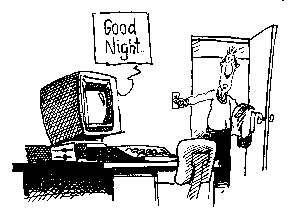 “It has been claimed at times that our modern age of technology facilitates dictatorship.”

“Governments are like underwear. They need to be changed often. And for the same reason.”

“Under capitalism, man exploits man. Under communism, it’s exactly the opposite.”

“I never gave people hell. I just told the truth…and they thought it was hell.”

“Prime ministers are wedded to the truth. But of course, like married couples, they sometimes live apart.”

The Mercedes-Benz Global Logistics Center Germersheim is celebrating its 30th  anniversary this year and the inauguration of a new, state-of the-art warehouse complex. The After-Sales location began... END_OF_DOCUMENT_TOKEN_TO_BE_REPLACED

Combilift, the Monaghan based manufacturer of a wide range of handling solutions, first focussed its attention on the container sector in 2010 when it launched its Combi-SC Straddle Carrier range. It has since developed a number of variants of this economical and flexible alternative to other heavy... END_OF_DOCUMENT_TOKEN_TO_BE_REPLACED