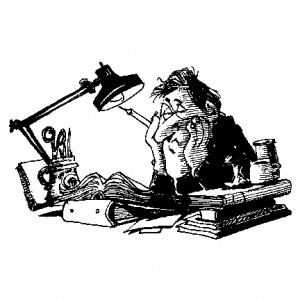 Work and Rewards
Anyone can do any amount of work, provided it isn’t the work he’s supposed to be doing at that particular moment.

Set me a task to do…and it’s amazing the irresistible desire I have to do something else.

…George Bernard Shaw
I’ve just started on my second million. I was so long trying to make my first that I gave up.

Nothing is impossible – for the man who doesn’t have to do it himself.

By working faithfully eight hours a day, you may eventually get to be a boss – and get to work twelve hours a day.

Two Americans have been awarded the Nobel Prize for Economics. They’re the first people to figure out all the charges on their phone bill.

The Oscars are an hour and a half of sparking entertainment, packed into a four-hour show.

My great grandfather was killed at the Battle of the Little Bighorn. He was camping in the field next to it and went over to complain about the noise.

BENDI B310-OP picker proved a winner Reflecting on the M50

Hermes UK, the leading consumer delivery company, has launched an innovative new service designed to further improve the ‘returns experience’ for its retail customers and their consumers. It... END_OF_DOCUMENT_TOKEN_TO_BE_REPLACED

Hermes UK, the leading consumer delivery company, has launched an innovative new service designed to further improve the ‘returns experience’ for its retail customers and their consumers. It follows a successful trial by fashion retailer, Joe Browns. The ‘What’s inside the box?” service... END_OF_DOCUMENT_TOKEN_TO_BE_REPLACED