Faith and the Afterlife…we can’t get away from it. Even the media keeps us on our toes – with news of happenings in Rome and beyond. So, here’s a few more thoughts to mull over…

“Millions of people seek immortality, yet they don’t know what to do with themselves on a rainy Sunday afternoon.”

“Tell a man there are 300 trillion stars in the universe and he’ll believe you. Tell him a bench has wet paint and he’ll touch it, just to be sure.”

“When I was a kid I used to pray every night for a new bicycle. Then I realised the Lord didn’t work that way so I stole one and asked him to forgive me.” 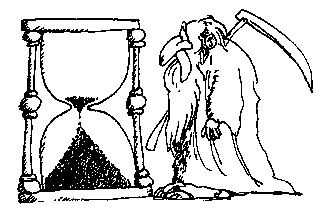 I have a feeling that there is in fact an afterlife…it’s just that no one knows where it’s being held.”

“As God once said, and I think, rightly…”

“I think it would be a good idea.”

…Mahatma Gandhi – when asked what he thought of Western civilisation.

“The New English Bible: even the end of the world is described as if it were just an exceptionally hot afternoon.”

“If you talk to God, you are praying; if God talks to you, you have schizophrenia.”