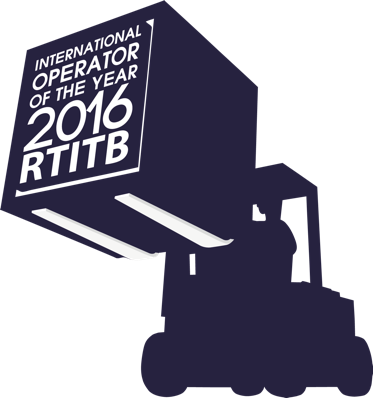 The Grand Finalists for the RTITB International Forklift Operator of the Year award have been announced following the live competition heats at the IMHX (International Materials Handling Exhibition), from 13th – 16th September.

For the first time ever, female forklift operators have qualified for the Grand Finals of the competition, alongside the youngest competitor yet, 18-year old Thomas Birkbeck, an apprentice engineer for KP Snacks. It is also the first time an international competitor has reached the Grand Final, with India Forklift Operator of the Year winner Srinivasa N D, from Toyota Kirloskar, moving forward to the next stage.

Hundreds of the best forklift operators from around the world entered the competition, which is partnered by UniCarriers and McCue. Only 40 forklift drivers with the highest scores from the initial online test progressed to the next stage of the contest at IMHX. Ten operators each day competed in the live heats at the show, where they were required to complete four assessments – two practical tests (sponsored by DOLAV, Racking & Storage Solutions and Pyroban), a test of the forklift drivers’ knowledge (sponsored by Transaid), and successful completion of a pre-use inspection (sponsored by TruckLOG).

The top two drivers from each daily heat automatically qualified for the Grand Finals. At the end of the week, the competitors who achieved the next best scores but had not qualified from their heat, were also awarded a Grand Final place.

The 12 Grand Finalists are:

“We usually only have 10 Grand Finalists, but with such a wealth of talent in the heats, this year there were 12 operators deserving of a place in the next stage of the competition,” says Laura Nelson, Managing Director of RTITB, the preferred workplace transport training regulatory body. “It’s really exciting to see such a variety of forklift operators through to the Grand Final as it shows that successful, logistics sector careers are achievable for all kinds of different people.”

Laura continues “We’re looking forward to the Grand Final where we will have the opportunity to recognise professional, skilled and safe forklift drivers and reward them for the vital role they play in so many operations around the world.”

The Grand Final of the competition will take place on 22nd June 2017 at the Talent in Logistics Conference, held at RTITB headquarters in the West Midlands. The 12 grand finalists will compete in various live challenges in front of an audience, hoping to win the esteemed title of RTITB International Forklift Operator of the Year.

As well as the Grand Final, attendees at Talent in Logistics can also enjoy a range of free seminars covering essential lift truck and goods vehicle training subjects, as part of the event. In addition, there will be an information point which learning and development/HR professionals from the logistics industry can visit throughout the day for free guidance on training, compliance, the apprenticeship levy and more.

The winner of the RTITB International Forklift Operator of the Year will be announced on the evening of 22nd June as part of the Talent in Logistics Awards. The Awards ceremony takes place at the stunning Telford International Centre in heart of the industrial West Midlands, and will recognise, celebrate and reward the people who contribute to the success of the logistics, transport and warehousing sector in UK and Ireland.

As part of the product launch process and to get customer feedback, the new Terberg fully electric Body Carrier was operated by Nap Transport at the DPD parcels site in Veenendaal in the Netherlands... END_OF_DOCUMENT_TOKEN_TO_BE_REPLACED

As part of the product launch process and to get customer feedback, the new Terberg fully electric Body Carrier was operated by Nap Transport at the DPD parcels site in Veenendaal in the Netherlands for several months early in 2020. Director Arjan Nap: “We were very pleased with the electric... END_OF_DOCUMENT_TOKEN_TO_BE_REPLACED