Inspired by Handling Network’s annual A-Z of forklift trucks – and mindful of recent events – Graham Archer finally succumbs to the temptation to view our politicians on a similar scale. Read on…

Let me begin by wishing you a very happy and prosperous New Year. May the year ahead bring you the improvement in fortunes that we’ve been looking forward to for far too long.

Elsewhere in this issue, our Editor publishes his annual A-Z guide to the equipment currently on the Irish market. Glancing through it, I was, as ever, pleasantly surprised to see what a large and successful industry ours is. Amazing too is the diverse range of machinery and products available – proof indeed of how market forces do improve customer choice.

Not for the first time, I have been buoyed up by the resilience and survival instinct that has helped so many manufacturers and distributors navigate their way through the difficult years.

Inspired by this feature, and mindful of recent events, the temptation to view our politicians on an A-Z scale was one I could not resist. So, with apologies to my editor, I give you my A-Z Guide.

Under the letter ‘A’ what pops up but the word ‘arrogance’. Now, you can make up your own mind, but I would say that our current crop knows no equal when it comes to arrogance. Sure, at times, they behave as though we don’t even exist.

‘B’ of course stands for those pesky ‘bond holders’ – the people whose bets our politicians insist on covering, whether we can afford to or not.

Under ‘C’ we find the word ‘coalition’ – a patchwork arrangement that many believe will tear itself apart before the year is out. ‘D’ is for ‘democracy’ – a concept that our Government is expected to safeguard and protect, however inconvenient it might be for them at times.

Moving on, we meet the letter ‘E’ – which stands for ‘ego’, something that every politician is acutely anxious to feed at every given opportunity, not least when a microphone appears. On the other hand, ‘E’ also means ‘election’ – a word with even more potency, the very mention of which sends a chill up every politician’s spine.

‘F’ stands for ‘Farmleigh’ – that plush guesthouse in the Phoenix Park where politicians bereft of good ideas go to tap into the minds of the so-called leaders from our society. You know them well: good chaps like Bono, Sir Bob and Denis, whose affection for us knows no bounds, save perhaps for one.

’G’ is for ‘grandstanding’, something no politician would ever do. And ‘H’ is for ‘hubris’ – described as ‘excessive pride and self-confidence.’ Could any politician be accused of that, I ask.

‘I’ is for ‘independents’ – the liquorice allsorts of Irish politics, now in search of a platform large enough to accommodate them all. ‘J’ is for ‘jugular’ – that other vulnerable part that they all know how to find, however hard the neck may be on which their hand is placed.

‘K’ is for ‘kudos’ – something all politicians are quick to accept, be they entitled to or not, while ‘L’ is for ‘loyalty’, a quality expected from every politician but which few of them possess.

‘M’ is for ‘majority’, the politician’s pot of gold, while ‘N’ is for ‘never’ – the word that they instinctively never use lest he or she might be forced to retract something they said they would never do.

‘O’ stands for ‘opinion polling’ – an unsettling process that predicts a future that politicians seldom ever think will come to pass, until it’s too late.

‘P’ is for ‘proportional representation’ – a voting method that an Irish Government once tried to jettison but were rebuffed by a suspicious electorate, while ‘Q’ is for ‘quangos’ –  tax-sucking institutions that our Government pledged to abolish, but didn’t.

“R’ is for ‘referendum’ – the process whereby Government relinquishes decision-making responsibility to the people. ‘S’ is for the ‘shinners’ – that organisation everyone swears they’ll never vote for – but do.

Mention ‘T’ and we think of the ‘troika’ – that detested body of outsiders whose grip on Ireland has been used by Government as a ‘get out’ card for far too long. ‘U’ is for the ‘U-turns’ that politicians take, especially when they hear the sound of marching feet.

‘V’ is for ‘verbosity’, the practice of using or expressing oneself in more words than are necessary. Passing quickly by the letter ‘W’ (for ‘waffle’, ‘wastage’ and ‘water metering’) we arrive at last at ‘X’ – that greatly coveted mark we place on our ballot paper and that every candidate craves.

‘Y’ stands for ‘yawn’ – something we’re all guilty of when watching political debates, while ‘Z’ is for the ‘zealousness’ that oozes from every politician’s pores when fear of an election presents its pretty face. Watch out – soon there’ll be lots of it about! 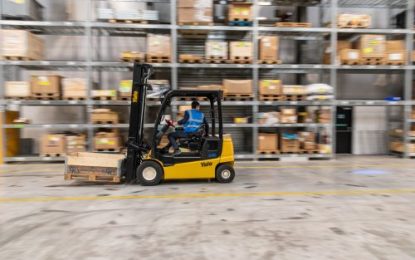 No matter where we turn, costs are going up. From supermarkets to fuel stations, to our personal and business energy bills, no one has been unaffected from this steady, and sometimes devastating,... END_OF_DOCUMENT_TOKEN_TO_BE_REPLACED 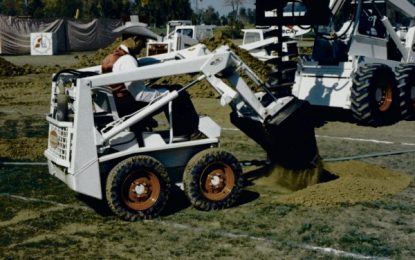 – Cyril and Louis Keller’s invention and contributions to the compact equipment industry are recognized at national level - Cyril and Louis Keller, the brothers who invented the world’s first compact loader (later named the Bobcat skid-steer loader), have been selected as 2023... END_OF_DOCUMENT_TOKEN_TO_BE_REPLACED