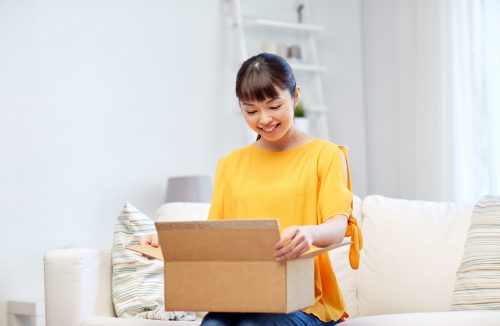 Gebrüder Weiss and the Chinese logistics company Global Freight System (GFS) have set up the joint venture “Gebrüder Weiss Express China”, specializing in parcel transports between China and Europe. Gebrüder Weiss holds 65 percent of the shares in the Shanghai-based joint venture. “The growing trend towards e-commerce means that the volume of parcel shipments between Asia and Europe is also steadily on the rise,” says Lothar Thoma, member of the Management Board at Gebrüder Weiss. “We are now pooling our expertise in Europe and Asia with the aim of addressing both Asian and European e-commerce companies.”

The creation of this joint venture is yet another way for Gebrüder Weiss to boost its activities on the New Silk Road. The company operates branches and offices at 19 major transport hubs in the Greater China region, and also runs its own offices in Kazakhstan, Uzbekistan, Russia, Georgia and Armenia. Gebrüder Weiss services on and along the Silk Road include air and sea freight, railway and multimodal transports, as well as special logistics solutions including warehouse logistics, local distribution – and now parcel transports as well.

With over 7,300 employees, 150 company-owned locations and an annual turnover of 1.7 billion euros (2019), Gebrüder Weiss is one of the leading transport and logistics companies in Europe. In addition to its core business of land transport, air & sea freight, and logistics, the company operates a number of highly specialized industry solutions and subsidiaries under the umbrella of Gebrüder Weiss Holding AG, based in Lauterach (Austria) – including the logistics consultancy firm x|vise, tectraxx (industry specialist for hi-tech businesses), dicall (communications solutions, market research, training), Rail Cargo (railway transports), and the Gebrüder Weiss parcel service GWP, co-shareholder of the Austrian company DPD. This bundling of services allows the corporate group to respond to customer needs quickly and flexibly. Today, having implemented a variety of environmental, economic and social initiatives, the family-run company with a 500-year history is also considered a pioneer in sustainable business practices.

Due to the high demand, the German robotics company Magazino extends its Europe-wide road tour into the first half of 2021. The tour provides interested companies in Belgium, Netherlands, Germany,... END_OF_DOCUMENT_TOKEN_TO_BE_REPLACED

Due to the high demand, the German robotics company Magazino extends its Europe-wide road tour into the first half of 2021. The tour provides interested companies in Belgium, Netherlands, Germany, Poland and the UK a product demonstration in their warehouse with the mobile picking robot TORU. New... END_OF_DOCUMENT_TOKEN_TO_BE_REPLACED