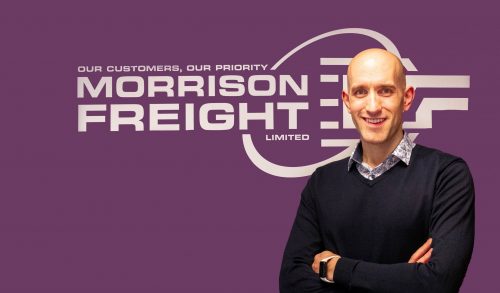 A Suffolk freight forwarder has urged businesses not to fall victim to customs delays – as new rules come in from New Year’s Day.

Darren Ryan, Director at Morrison Freight in Great Blakenham, said firms should act quickly to avoid getting caught out.

He said: “The option to delay customs declarations has been incredibly useful for businesses but, like all things, it’ll soon come to an end.

“We strongly urge businesses to start putting the relevant procedures in place to ensure 2022 gets off to a smooth start.

“If you don’t have an in-house customs team, then get a customs broker to streamline the process.”

From January 1, 2022, a full and final customs declaration must be made on arrival of all EU goods entering the UK.

If customs declarations, including any duty and import VAT payments, are not complete upon arrival from the New Year, goods won’t be let into the country.

It follows the end of delays introduced by HMRC as part of Brexit transitional measures, where customs declarations could be submitted after 175 days.

The optional delays were originally due to end on June 30, 2021, but the deadline was later extended to December 31.

Mr Ryan said while UK businesses have been supported by the delay, it’s vital they are prepared from January 1 to avoid any disruption to their operations or the wider freight industry.

He said: “The industry has faced disruption because of the pandemic, Brexit and driver shortages.

“If businesses enter the new year unprepared and without a customs broker like Morrison Freight, it could lead to further disruption for their business.”

With direct connections to the UK’s main ports, Morrison Freight can complete customs declarations directly with them to speed the process up and reduce costs.

Hankook partners with Hapag-Lloyd AG to strengthen logistics capabilities Ireland is expected to generate 95,000 tonnes of packaging waste this Christmas

CKF Systems are delighted to have been awarded a licence to manufacture Intralox ARB technology in recognition of the in-house expertise and knowledge of the team in the state-of-the-art CKF facility... END_OF_DOCUMENT_TOKEN_TO_BE_REPLACED