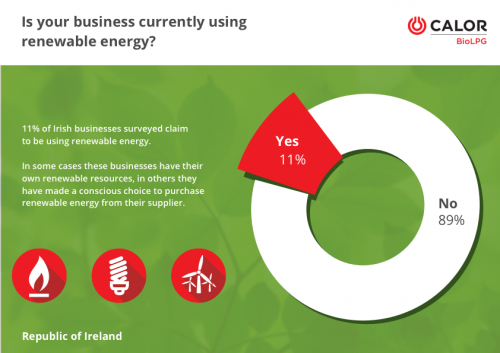 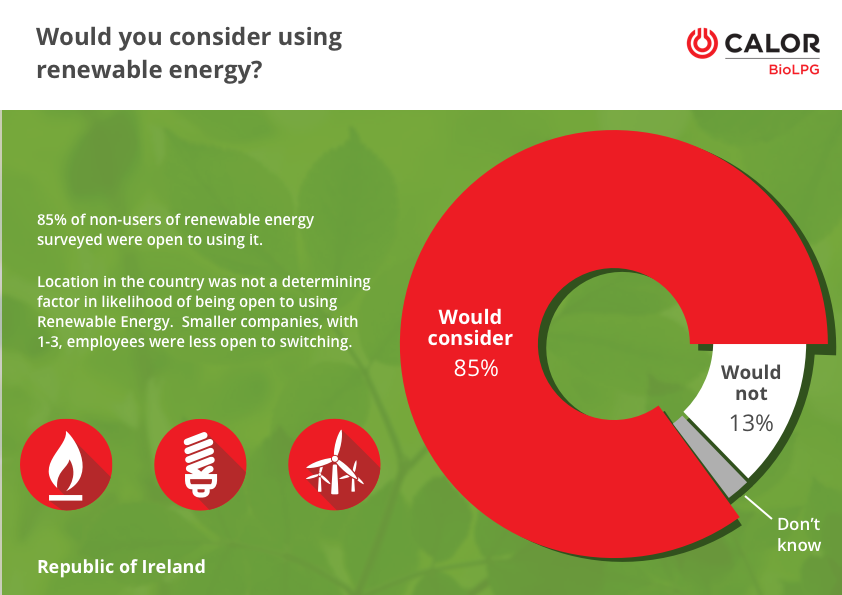 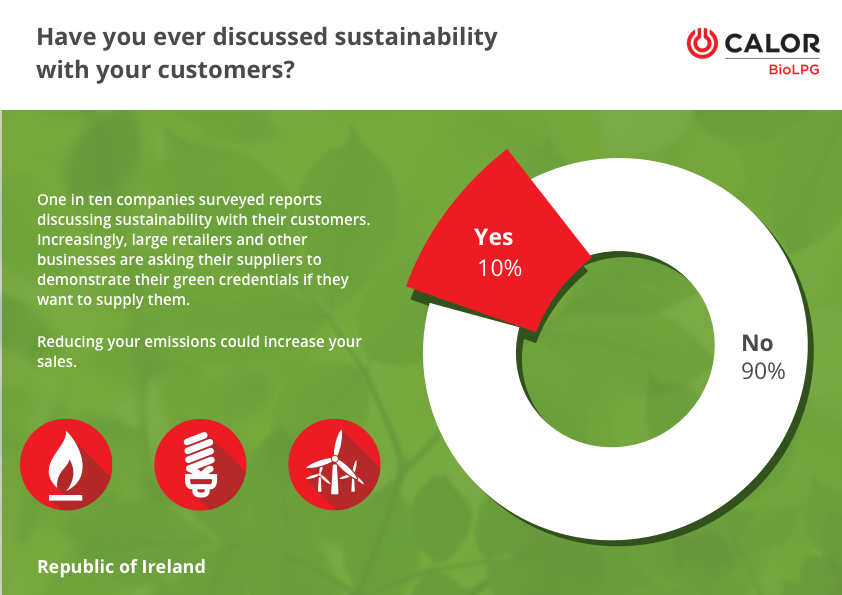 Calor, Ireland’s longest established supplier of gas to domestic and business customers off the natural gas network, will exclusively launch a new BioLPG solution in the coming weeks. BioLPG is made from 100% renewable materials. These include recycled waste and residue materials and sustainably-sourced, renewable vegetable oils.

Company size does not make a substantial difference in terms of renewable energy usage among SMEs, with similar take up rates regardless of the number of employees. Similarly, location of a business has relatively little impact on adoption figures, with Dublin businesses only marginally more likely to have employed a renewable energy solution than businesses in other parts of the country.

In terms of motivation to make the change, pressure from customers does not appear to be a driver for many of the SMEs surveyed. Only 10% of SMEs have encountered their customers raising sustainability or energy performance as an issue.

Commenting on the findings of the survey, Calor CEO, Gino Vansteenhuyse; “What this survey finds conclusively is that Irish businesses are looking for renewable alternatives and are open to making greener choices. Much of the focus to date has been on renewable electricity, but thermal energy accounts for a substantial part of Irish business energy use. As an industry leader, Calor is committed to making it easier for businesses and home owners to use more sustainable energy sources. Calor LPG delivers a 30% reduction in carbon emissions compared to diesel. That saving rises up to 80% with our new renewable BioLPG offering. We are delighted to be the first to deliver this solution to the Irish market. This will be a first step for Calor and for many of our customers in moving to a new cleaner energy.” 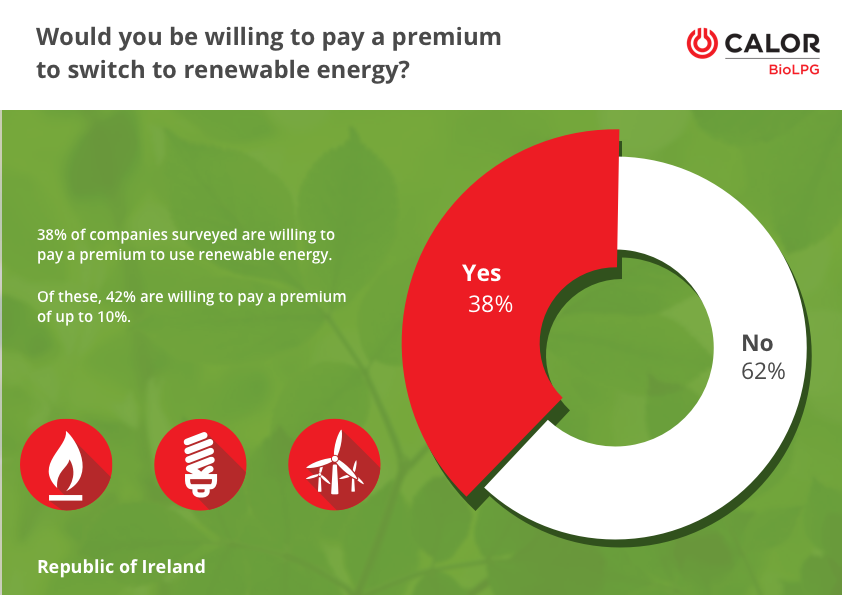