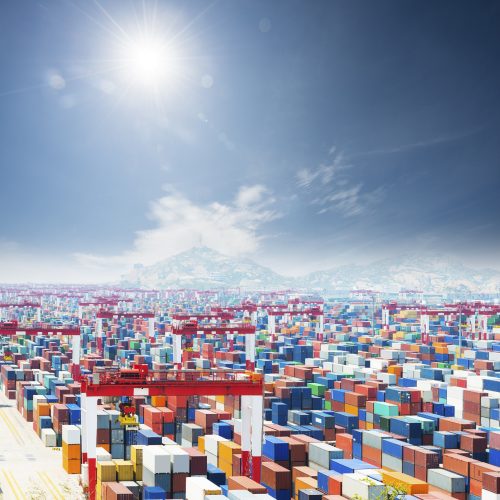 HMM, the 12th largest global carrier, joins 2M carriers Maersk and MSC (Mediterranean Shipping Company), which have already uploaded their container fleets to the database, operated on a non-profit basis by the BIC (Bureau International des Containers). Other major carriers, including CMA-CGM and APL, have also registered their fleets, alongside hundreds of smaller owners and operators.

With the addition of HMM, Korea is now particularly well represented within the BoxTech Global Container Database, with SM Line, Pan Ocean and CK Line having previously uploaded their fleets.

With details of more than 11 million containers, the fast-growing database gives the shipping community instant access to the technical characteristics of around 45% of the global container fleet in a single location, using a standard API.

Founded under the auspices of the International Chamber of Commerce in 1933 as a neutral, non-profit, international organization, the BIC today has over 2500 members in 120 countries. The BIC has played an important role in the growth of containerization, with its long-established and active role in the development and maintenance of industry standards. Publisher of the BIC Code Register since 1970, the BIC was appointed by the International Organization for Standardization (ISO) in 1972 as the industry’s global container prefix registry, a role further endorsed by international customs conventions. Since 2013 the BIC has also operated the Global ACEP Database, under the guidance of the IMO. In 2016, the BIC launched the BoxTech Global Container Database (formerly known as the Technical Characteristics Database) to help improve efficiency and safety in the supply chain, and to help simplify compliance with SOLAS container weight reporting requirements.

Today, the BIC code is the “international calling card” of nearly every container in international trade, allowing for proper identification and facilitating the crossing of borders without delay. With a mission to promote the safe, secure and sustainable expansion of intermodal transportation, the BIC enables professional dialogue amongst its members, standards bodies, governments and other industry organizations. The BIC holds official observer status as an NGO at both the International Maritime Organization (IMO) and the World Customs Organization (WCO) and contributes regularly as an observer to the United Nations Economic Commission for Europe (UNECE) and other organizations.

Many external factors affecting materials handling operations in the chemical supply chain are not immediately obvious. Mark Nailer, Industry Manager for Hyster Europe discusses some of the... END_OF_DOCUMENT_TOKEN_TO_BE_REPLACED

In the coldest and least populated region of Norway, CASE Construction Equipment customers fight the elements to keep the roads clear of snow. In the counties of Finnmark and Troms in the Arctic Circle, CASE G-series wheel loaders are starting work to keep the region moving through the winter... END_OF_DOCUMENT_TOKEN_TO_BE_REPLACED