The latest Forklift Truck Market Outlook for 2016 produced by Oxford Economics on behalf of BITA suggests that the economic impact of Brexit might not be as significant as other forecasters are predicting.

While mindful that negative confidence shocks could still occur, Oxford Economics feels other commentators have been too pessimistic in their outlooks and that innovation in new products and technologies could lead to renewed demand in forklift trucks.

And the BITA members’ survey, which forms part of the report, shows that associates share this mindset, with the majority believing that their sales will remain unchanged over the next year and slightly longer term (three years). The consensus is that only small changes will be made to trade arrangements and that there won’t be changes to tariffs that would impede business levels.

Despite this stoicism, some of the post-referendum data makes for predictably sobering reading. Counterbalance orders fell by 17.6% in July compared to the equivalent month a year earlier. However, warehouse orders grew by almost a third (28.3%) over the same period, illustrating which channels are most likely to be impacted by Brexit.

With consumption being the key driver for warehouse truck demand – and more closely linked to consumer-facing sectors such as food and beverage manufacture rather than economic cycles – it is less likely to be impacted by any Brexit-related downturn than counterbalance trucks might be. Indeed consumption is still expected to grow by 2.4% this year, before calming to 1% in 2017.

Jeremy Leonard, Head of Industry Services for Oxford Economics, said: “Our current forecasts see Brexit affecting the economy mostly through lower investment, especially in the short term. Our GDP growth forecast for 2016 is unchanged, as weaker growth in H2 is offset by the stronger than anticipated Q2, but is set to be lower in 2017 and 2018 than if Britain had voted to remain in the European Union.”

James Clark, Secretary-General of BITA, comments: “As the dust continues to settle on the EU referendum result and the industry has more time to digest the ramifications, the consensus seems to be that things aren’t as bad as first feared. Indeed, with no timeframe yet in place of when Article 50 might be invoked, the sector has been employing a business-as-usual attitude rather than sitting on its hands, wondering what to do next. This was particularly evident at a successful IMHX in Birmingham last week, when the prevalent mood was positive and optimistic.

“It is inevitable that there was something of a slowdown in the run-up to the referendum and that the data and forecasts for the period immediately afterwards reflected some uncertainty in the economy, but longer term there doesn’t seem any need for any undue concern provided the Government is strong and sensible in its negotiations. Indeed, the warehouse order data gives plenty of reason for good cheer and an industry that has survived bigger challenges before now such as the global financial crisis won’t be deterred by any mild discomfort caused by Brexit.”

The Forklift Truck Market Outlook includes a detailed overview of sector by sector performance, both in terms of forklift product categories and customer business divisions. It is prepared for BITA by independent economic consultancy Oxford Economics and is available exclusively to BITA members as one of the key membership benefits. 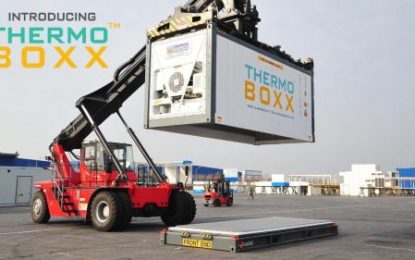 CakeBoxx Technologies has announced a new product line of refrigerated containers that use our trademark ‘deck and lid’ two-piece design. It’s official, the CakeBoxx reefer... END_OF_DOCUMENT_TOKEN_TO_BE_REPLACED 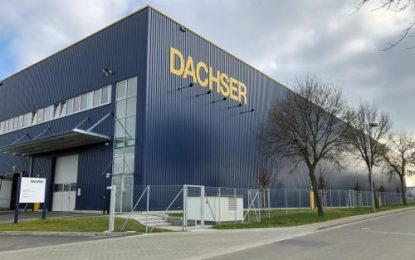